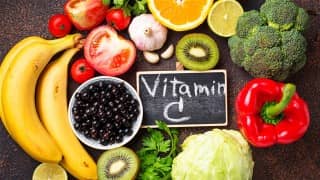 If you have high blood pressure that is greater than or equal to 140 /90 mmHg, your doctor probably gave you advice or prescribed medication to correct this, knowing that uncorrected hypertension will have adverse repercussions on the body.

You wonder if it would be possible to lower blood pressure without medication, in a natural way. In recent years, it was reported by the scientific community that vitamin C is an effective hypotensive agent.

1999 – Researchers from Boston University and Oregon found that a supplement of vitamin C (ascorbic acid) taken daily can notably reduce blood pressure in hypertensive patients. According to the study, the dose of vitamin C necessary for lowering blood pressure is 500 mg per day. The advantages would be many: Vitamin C has no side effects, is inexpensive and could reduce the pressure as much as some drugs do!

The study was performed on 45 hypertensive patients of different age groups, sex and race, some smokers and other non-smokers. These patients stopped taking their medication some time before the test so that it may not interfere with the results of the study. Some were given a placebo and others vitamin C to distinguish the real effect of the psychological effect. Patients with diabetes or other heart disease were not used in this investigation but all had a pressure greater than 140/90 mmHg.

The mechanism of the fall in blood pressure has not been identified to date. It is known that vitamin C plays an antioxidant role in the human body and it is believed that it may enhance the biological activity of nitric oxide ( NO) which plays an important role in the dilatation of blood vessels.

2008 – Italian researchers at Pisa University ( under the direction of Dr. Rosa Maria Bruno ) came to the same conclusion as U.S. researchers in discovering that vitamin C can lower blood pressure in hypertensive patients. 3 g of Vitamin C were administered intravenously to 12 patients. During the 20 minutes that followed the administration of the vitamin, the research team carefully controlled tension, cardiac activity and the SNS ( Sympathetic Nervous System ) activity of the patients.

It has been found that vitamin C reduces hyperactivity of the SNS (11 %) and consequently reduced blood pressure (7 % per patient). Dr. Bruno explained that the SNS is part of the CNS (Central Nervous System) of the human body that controls involuntary activities such as blood pressure. Many people have a pressure which is too high due to hyperactivity of SNS. Vitamin C acts as ‘calming’ the SNS.

2009 – Researchers at the University of California Berkeley corroborate other studies claiming that high dose vitamin C can effectively prevent hypertension. Dr. Gladys Block and colleagues conducted a study especially of 242 young woman aged 18 to 21 years old. It has been observed that women with high blood levels of vitamin C had lower systolic and diastolic blood pressure than those whose blood levels of vitamin C was lower.

These three serious studies, and many others, highlight a relationship between a high intake of vitamin C and a decrease in blood pressure.

Nevertheless, the discovery is of much debate even within the scientific community. Some say that a massive administration of vitamin C is harmful to health. The 1999 study showed the effect of vitamin C for several weeks (long-term) while the Italian 2008 study sought to demonstrate the immediate effect of a large dose of vitamin C on the human body.

Further studies are needed! Until we know more, nothing prevents you from increasing your intake of fruits and vegetables rich in vitamin C.

An American scientific institute (the Linus Pauling Institute) recommends an intake of 400 mg of vitamin C per day. This dose is considered ‘harmless’ and effective. If you consume an average of three cups of fruits and vegetables per day, it will provide about 200 mg of vitamin C.

If you are looking for a rich in vitamin C dietary supplement, I recommend Bio Acerola tablets.

Acerola is a tree whose fruit is called Barbados cherry or acerola because it resembles the cherry.

This fruit contains 40-80 times more vitamin C than an orange! The dry extract of the acerola brings you 100% natural vitamin C, product of Organic Farming

Or, choose to eat foods that contain the most vitamin C.