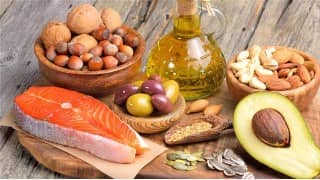 Coenzyme Q10 (CoQ10), also called ubiquinone, is a molecule that plays an important role in microscopic power plants called mitochondria in each of the billions of cells that make up the body.

Coenzyme Q10 is involved in the manufacture of another molecule known as adenosine triphosphate or ATP.

ATP provides the cell with the energy it needs to function and is used in a number of biological processes that drive, for example, a muscle contraction, or the synthesis of new proteins. Coenzyme Q10 or ubiquinone also plays a role as an antioxidant.

What is an antioxidant ?

Antioxidants are substances that neutralize free radicals. And free radicals that are they? Free radicals are incomplete, unstable and dangerous molecular compounds because they can alter cell membranes, tamper with DNA, and even cause cell death !

Free radicals are naturally present in the body, but environmental toxins (ultraviolet radiation, smoking and air pollution) are also causes of the resurgence of these harmful particles.

Free radicals are involved in the process of aging and the development of a number of health problems, including heart disease and cancer. Antioxidants such as CoQ10 can neutralize free radicals and reduce, or even prevent their destructive effects within cells.

CoQ10 boosts energy, enhances the immune system and acts as a powerful antioxidant. Clinical studies have shown that the therapeutic use of dietary supplements containing coenzyme Q10 can prevent or treat the following conditions :

Researchers believe that the beneficial effect of CoQ10 in the prevention and treatment of heart disease is because of its ability to improve energy production in cells, inhibit blood clot formation, and act as an antioxidant.

A large clinical study showed that people who received daily CoQ10 supplements within 3 days of a heart attack were less likely to experience new heart attacks and chest pain in the future.

CoQ10 levels are generally low in people with congestive heart failure or CHF, a serious disease that occurs when the heart is unable to pump enough blood to meet the body’s needs. This condition can cause an accumulation of blood in body parts such as legs and lungs.

Information from several clinical studies suggest that CoQ10 supplements help reduce swelling in the legs and improve breathing by reducing fluid in the lungs in people with CHF. However, all studies fail to reach the same conclusion. Further and more conclusive research is needed to end this debate.

For example, a study with a total duration of 12 weeks has highlighted the benefits of taking a supplement of 60 mg of CoQ10 twice daily on 82 persons with isolated systolic hypertension.

At the end of this period, blood pressure was reduced by an average of 17.80 mm Hg (mercury) that is to say, these hypertensive people went from 165 to 147 mm Hg. More researches on a greater number of people are expected in order to assess the value of CoQ10 in the treatment of hypertension.

Medications that Decrease the Levels of Coenzyme Q10 in the Body

In some cases, the medications you take are responsible for a decrease in the levels of coenzyme Q10 in the body:

If you are taking these medications and want to enjoy the therapeutic benefits of coenzyme Q10 s, including lowering blood pressure, talk to your doctor beforehand.

CoQ10 and Precaution for use

No side-effects associated with a daily intake of CoQ10 have been reported, however it is best to refrain from a CoQ10 supplement during pregnancy or lactation due to lack of data on this subject.

On the other hand, if you are taking medicines to thin your blood, talk to your doctor. It is possible that a daily intake of CoQ10 decreases the therapeutic effects of anticoagulants such as warfarin (Coumadin ®) or clopidogrel (Plavix ®), which would lead to increased doses of anticoagulants.

Use of CoQ10 supplements

Adults: 30 to 200 mg per day. Coenzyme Q10 is fat soluble, so it is recommended to take the supplement with a meal containing fat.