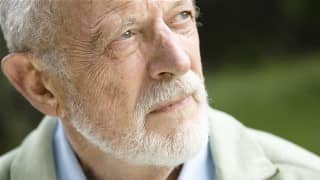 Some clinical studies of patients with Alzheimer’s disease have shown that a daily intake of certain dietary supplements helps to improve the symptoms of this neurodegenerative disease.

On the other hand, it was observed that the judicious usage of nutritional supplements in the diet of people with Alzheimer’s helps to delay the progression of the disease.

Which dietary supplements are recommended to counteract, of course to some extent, the symptoms of Alzheimer’s disease ? What are the therapeutic effects observed as a result of using the nutritional supplements ?

Here is a list describing the 9 nutritional supplements that have proven beneficial for naturally treating the symptoms of Alzheimer’s disease.

Vitamins and Supplements in Alzheimer’s Disease

It is suspected that the lack of fatty acids in a person’s diet could be one of the triggers of Alzheimer’s disease. Indeed, studies on patients suffering from this disease show low levels of essential fatty acids.

Supplementing the daily diet with an intake of essential omega-3 and omega-6 fatty acids could enhance the development of the symptoms of Alzheimer’s disease.

Ginkgo biloba is one of the best natural remedies to improve blood circulation. The extract of this plant has the property of increasing the blood flow to the brain.

Indeed, the flavonoids in the extract of Ginkgo biloba have a vasodilating action on the walls of the arteries and capillaries, and act as an antioxidant inhibiting platelet aggregation in blood vessels.

The ginkgo biloba extract is a 100% natural product, can improve the irrigation of the brain and fight against free radicals responsible for cell damage and the onset of many degenerative diseases.

On the other hand, this medicinal herb is known to have the virtue of improving short-term memory.

Taking a ginseng supplement daily helps to fight against memory loss in people with Alzheimer’s.

Ginseng is an antioxidant that inhibits platelet aggregation. It is also a regulator of the brain’s vasculature.

Vitamin A also has antioxidant properties.

The administration of 25,000 IU of vitamin A-carotene helps patients suffering from Alzheimer’s disease to conserve memory.

The use of supplemental B vitamins, particularly cobalamin (B12) and thiamine (B1),has a positive effect in maintaining the memory and the psychological functioning of patients with Alzheimer’s.

Vitamin C is a powerful antioxidant capable of neutralizing the negative effects of free radicals in brain cells.

Because of its antioxidant properties, vitamin E may help delay the destructive effects of Alzheimer’s on the brain cells.

Higher doses up to 2000 IU per day help to delay the slow mental degeneration of Alzheimer’s disease.

Maca from Peru is a plant rich in minerals (31 different minerals including Ca, Mg, K, Fe, Na, Zn, I), amino acids (20 amino acids on the key 28), antioxidants (antioxidant which are similar to those of DHEA), alkaloids, sterols and vitamins (B1, B2, B9, B12 and vitamin C).

In nerve cells, free radicals cause the withdrawal of the dendrites and the synapses disappear, thus reducing the communication channels of the cells.

Antioxidants contained in the maca helps to protect our brains against degenerative and dysfunctional disorders (memory corruption).

Acai is a fruit of Amazonian origin containing a significant source of natural antioxidants. Scientists have discovered that the brain cells of people with Alzheimer’s are destroyed due to the production of a protein called beta-amyloid that accumulates abnormally.

However, the antioxidants can prevent oxidative damage to brain cells and slow the progression of Alzheimer’s are disease.

Regular consumption of acai fruit is highly recommended in the treatment of neurodegenerative diseases such as Alzheimer’s and Parkinson’s disease.