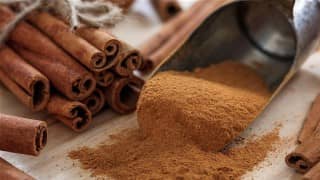 Diabetes is a serious health problem that affects the heart, kidneys, eyes, teeth and nervous system.

If you have been diagnosed with type II diabetes or noninsulin-dependent diabetes, your doctor surely prescribed hypoglycemic drugs such as gliclazide or metformin in order to stimulate the pancreas to produce more insulin or to reduce glucose absorption in the gut. The goal of this kind of treatment is to lower your high blood glucose levels.

However, these prescription drugs can cause unwanted side effects. You may be wondering if there are natural home remedies able to keep your blood sugar levels normal. You will be pleasantly surprised to learn that cinnamon can be used to help diabetics control their blood glucose levels.

At least eight different species of cinnamon were identified. The best-known cinnamon species around the world is Ceylon Cinnamon or Cinnamomum zeylanicum. Another cinnamon species sometimes found in supermarkets is called Cinnamomum Cassia or Chinese cinnamon.

The active ingredient in cinnamon bark is a flavonoid (methyl hydroxy chalcone polymer or MHCP) that acts as antioxidants. Cinnamon has been shown to reduce postprandial blood glucose concentrations in people with type 2 diabetes.

How does cinnamon work ? According to some studies, water-soluble compounds such as MHCP are able to increase glucose metabolism, that is to say the capacity of the cells to convert glucose into energy. They would also have the property of stimulating sensitivity of tissue cells to insulin. Scientists say cinnamon increases the body’s insulin-dependent ability to use glucose roughly 20-fold.

Advantages of the Use of Cinnamon

Cinnamon powder or cinnamon stick is a spice that can be bought in almost any store or market in the world. Another great advantage is that the active ingredient can’t be destroyed by heat.

Prepare a decoction of cinnamon (a spoonful of crumbled stick cinnamon) boil for 10 minutes. A decoction is a concentrated herbal tea made by boiling herbs in water.

Phytotherapeutic Use of Cinnamon and Dosage

However, in conjunction with your doctor’s advice, you can start with a low dose of cinnamon which will be gradually increased until the hypoglycemic action is achieved.

Another option is to take a concentrated extract of cinnamon bark in capsule form at a dose of 70 mg per serving taken twice a day.

Most research has been conducted on laboratory animals. In other cases, studies have been performed in small groups of patients and therefore do not provide tangible evidence of the health benefits of cinnamon for people with diabetes.

The normal blood glucose level in humans is about 4 mmol/L or 72 mg/dL. Cinnamon is not a magic remedy for diabetics. However, it does exert significant hypoglycemic action.

Contraindication: Pregnant women should not use large amounts of cinnamon powder.