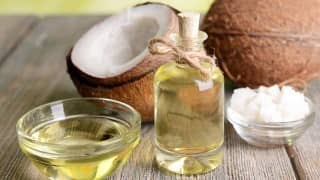 Alzheimer’s disease affects about 1 million French and 5.5 million Americans. While the medical community seeks effective chemical treatments, those who care for the elderly may be more interested in a natural method that can slow or even reduce the symptoms of Alzheimer’s disease.

Some researchers have found that coconut oil may be able to slow, or even reverse, cognitive decline in patients with Alzheimer’s or dementia.

What research exactly has been done on the anti-Alzheimer effect of coconut oil ? What are the likely causes of Alzheimer’s disease and how does coconut oil affect the brain ?

Causes of Alzheimer – What is involved in this disease?

Many hypotheses have been proposed to explain the onset of Alzheimer’s disease. Research by RL Veech, SL Monte, JR Wands and others indicate that Alzheimer’s disease may be a form of diabetes of the brain. Brain cells desperately need insulin to absorb sugar. The glucose produces energy and participates in the synthesis of neurotransmitters which allow neurons to communicate with each other.

In Alzheimer’s disease, scientists have found that brain cells die of some sort of hunger because they become more resistant to the effects of insulin. Slowly but surely, parts of the brain begin to atrophy. This results in an impairment of the brain’s cognitive functions, and eventually, loss of memory, thinking, attention, speech, movement and personality.

Researchers have found that patients with diabetes are twice as likely to develop Alzheimer’s disease later in life.

This situation is further aggravated by exposure to nitrosamines, toxins that increase the risk of type 2 diabetes. Nitrosamines are molecules formed by the combination of nitrite or nitrates with amines. Nitrites are commonly used as preservatives in meat, flavor and color. Nitrates are used in fertilizers. Nitrosamines are toxic to the pancreatic beta cell that secretes insulin.

Experts believe that Alzheimer’s disease is closely related to diabetes because the brain gradually becomes resistant to insulin. As a result, parts of the brain begin to atrophy.

The researchers cited above noted that when glucose is not available, the body uses ketones as an alternative fuel source. The liver then quickly converts medium chain triglycerides (MCT) to ketones, which are immediately used by the brain to produce energy.

Coconut oil is an important source of ketones. Indeed, it contains 66 % of TMC, which is easily converted to ketone, instead of being stored as fat as is true of most oils. In addition, coconut oil increases blood flow to the brain by about 39 percent, which is important for people suffering from cognitive disorders.

During his research, Dr. Veech used a dose of 4 tablespoons of coconut oil per day coffee, but it is recommended to use up to 8 teaspoons per day. It is best to start consuming the equivalent of 1 teaspoon of coconut oil daily and gradually increase the number of spoons as the weeks go by.

Coconut oil has shown promising results in the treatment and prevention of other diseases similar to Alzheimer’s disease.

Evidence of the anti- Alzheimer effect of coconut oil

« Steve showed all the symptoms associated with Alzheimer’s disease, with short term memory loss, inability to read, loss of emotions and a very stiff gait. »