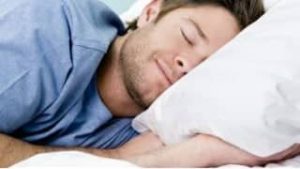 « I ‘m 24 and I already suffer from insomnia. I have trouble falling asleep. Sometimes I have to wait 45 minutes or more before starting to sleep.

But that’s not all I often wake overnight without understanding why. Maybe I’m a little stressed, but I cannot think of anything negative.

This causes me some problems at the office where I work, because I tend to doze off sometimes. «

« I do not want to start taking medication. I prefer to start with something natural-herbal tea , plants, homeopathy, something like that.

I heard about valerian. Do you think this remedy is effective in my case ? If so, what dosage should I take and for how long ? Please answer me. Isabelle . C »

I invite you to discover the properties and virtues of valerian, an extraordinary plant in the fight against insomnia. Valerian alone is certainly a good remedy for better sleep, but its association with hops is a much more effective treatment for falling asleep quickly. I’ll explain why.

Properties and indications of valerian

Active components of valerian rhizomes : The main phytochemicals found in the medicinal plant are: alkaloids such as valerine, iridoids such as valtrate, flavones such as hesperidin, sesquiterpenes such as valerenic acid, gamma-aminobutyric acid (GABA), isovaleric acid and isovaleramide.

Uses of Valerian : The root and rhizome of this herb are used in herbal medicine primarily to treat anxiety, tachycardia, muscle spasms and sleep disorders. Valerian exerts on the body anxiolytic and sedative. It promotes sleep. It should be noted that valerian improves both sleep quality, sleep duration and the speed of falling asleep. It is a effective Natural Way to Sleep Better !

Mechanics of Valerian’s action: Some believe that the calming effect of this plant involves the neurotransmitter GABA (gamma-aminobutyric acid) since GABA is the major inhibitory neurotransmitter in the central nervous system that works by reducing the activity of certain cells brain. However, this hypothesis is unlikely given that GABA does not cross the blood-brain barrier ! On the other hand, it has recently been discovered that isovaleramide, as contained in a plant extract of valerian, has slight sedative properties.

Other uses of valerian in traditional medicine include the treatment of depression, epilepsy, ADHD (attention deficit hyperactivity disorder), and the hot flashes in menopause. Moreover, its analgesic effect is used in the treatment of migraine, gastrointestinal pain and joint pain.

Virtues and therapeutic uses of hops

Hops, as a medicinal remedy, are prepared from the flowers of the female Humulus lupulus plant. Hops is commonly used as a flavoring agent and stabilizer in beer thus giving it a slightly bitter taste.

Active principles of hops: The main active ingredients in this herb principles are: lupulone and humulone which are responsible for its bitter taste, phenols such as xanthohumol and a powerful phytoestrogen.

Uses hops, a natural way to sleep better : Just like valerian, hops is also a sedative and hypnotic properties plant. It is therefore used in the treatment of insomnia, restlessness and anxiety.

Mechanism of action of hops : Some studies indicate that the relaxing effect of hops is in part due to a compound called DMVC (for Dimethyl vinyl carbinol). As in the case of valerian, hops is well tolerated by the body and poses no danger to health. However, it may lose its medicinal properties after a few months especially when exposed to air and light.

Other uses of hops herbal include treating menstrual disorders and menopause, digestive problems and lack of appetite.

Hops is rarely used alone as part of a treatment against insomnia. It is always combined with other sedative plants such as valerian, passionflower and lemon balm.

Valerian and hops are both combined in natural remedies against insomnia because of their complementary mechanisms of action plants.

Example 1 : A pilot study on the effectiveness of the combination of hops with valerian in the treatment of insomnia was published in 2000 in the ‘ European Journal of Medical Research’ in English. In this study, researchers recruited 30 patients suffering from insomnia (mild to moderate ).

These participants received 2 tablets of a fixed dose (250 mg mixture of valerian extract and 60 mg extract of hops) in the evening for 2 weeks.

Patients underwent polysomnographic tests to measure the activity of sleep. The results of this study showed that the combination of the two plants accelerates the phase of sleep and promotes quality sleep.

In addition, the results showed that the sleep cycles of the participants were more improved with non-REMS .

Example 2 : Another study published in the ‘German medical journal ‘ in 1986 also showed that the combination of valerian & hops was a natural and effective alternative to some sedative prescription drugs.

In this study, researchers compared the sedative effects of the association: Valerian & Hops, to that of a benzodiazepine, the bromazepam (Valium ®).

The results showed that both herbal therapies are a safe and effective alternative to bromazepam.