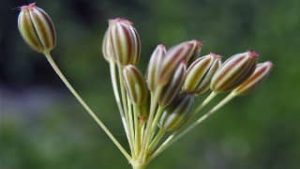 Cumin or white cumin (Cuminum cyminum) and caraway seeds (Carum carvi) both belong to the Apiaceae (Apiaceae) or Umbelliferae family as well as anise or coriander. These two species of seeds are cousins and are distinguished by their color and odor. The real cumin has a yellow-brown color and a slightly lemony scent while caraway has a black color and has an aniseed smell.

In cooking, cumin flavors cheeses such as Gouda or Edam and specialties such as gazpacho while caraway mainly flavors meats, cold cuts and some pastries.

Cumin is not only a culinary spice but also a natural phytotherapeutic (herbal) remedy capable of treating certain diseases or health problems. In recent years, many studies have been undertaken to better understand the properties of these two plant species.

In this article, we will comment on 10 properties of cumin and caraway which are recognized by the scientific community.

As for the major constituents found in the seeds of true white cumin or cumin, there are cuminaldehyde, limonene, alpha-pinene, beta-pinene, 1,8- cineole, o-cymene, p-cymene, alpha-terpinene, terpinene, safranal, linalool and polyacetylenic compounds with antiseptic properties.

In recent years, cumin (or white cumin) and caraway (or caraway seeds) have been the subject of much research in order to discover their biological actions and their medicinal properties. To date, 10 main properties were attributed to cumin seeds.

Cumin and cumin essential oil has a high antioxidant activity due to the presence of monoterpene alcohols, linalool, carvacrol, anethole and estragole, flavonoids and other phenolic compounds. Antioxidants benefit the health as they protect organic molecules such as fatty acids and DNA from oxidation and help in preventing cancer and cardiovascular diseases.

Numerous studies have revealed that the active substances contained in the seeds of true cumin and caraway have a real antimicrobial and antifungal effect against a wide range of Gram-positive and Gram-negative bacterial strains.

The property of cumin to naturally inhibit the growth of fungi and bacteria is attributed to carvacrol, carvone, limonene, linalool, as well as the other minor constituents of the medicinal plant. For example, one study found that the essential oil of caraway acts as an antimicrobial against ten pathogenic bacteria and six fungal pathogens.

The anti-diabetic effects of cumin seeds and caraway seeds have been carefully studied. The cuminaldehyde is a biologically active compound in cumin seed oil (Cuminum cyminu). In vitro studies have shown that this substance had an inhibitory effect on the enzyme aldose-reductase and alpha-glucosidase, leading to a hypoglycemic effect, it lowers blood sugar. The cuminaldehyde is almost like the drugs GLUCOR ® (Acarbose) and Diastabol ® (Miglitol).

A research team in Pakistan have treated two groups of animals, diabetic rabbits and rabbits with healthy doses of cumin 0.5 to 1.5 g per kg body weight. The results were published in « Phytotherapy Research » in March 2000 and found that only 2 hours after administering the medicinal spice, blood glucose levels began decreasing, continuing to fall after 4-8 hours.

The traditional use of caraway as a diuretic remedy was confirmed by an experimental study, which showed that the oral administration of an aqueous extract of caraway improves urine output in rats during and after 24 hours. Urinary levels of sodium and potassium were increased, while they were not modified in the plasma. No renal toxicity was found.

Several clinical studies have confirmed the efficacy of cumin to relieve dyspeptic symptoms of nervous or functional origin, such as bloating, nausea, abdominal pain, abdominal distension or flatulence. An alcoholic extract of caraway exerts an inhibitory effect on the contraction of the smooth (nonstriated) muscle induced by spasmogenic substances such as acetylcholine and histamine.

Cumin turns out to be a simple and natural remedy to treat painful spasms of the digestive tract. Stimulation of beta-adrenergic receptors involves not only the lungs but also vessels (hypotensive action) and the uterus.

The caraway or caraway seed is a natural remedy to treat gastritis. Indeed, Helicobacter pylori is a bacterium and the main agent responsible for peptic ulcers, gastric cancer and some cases of gastric lymphoma.

It has been demonstrated that administration of a caraway extract rich in flavonoids produces an antiulcerogenic effect (which prevents the occurrence of peptic ulcers) and a reduction in the production of hydrochloric acid in the stomach.

Furthermore, cumin plays a role in the increased secretion of mucin (main component of mucus that provides structural protection function in the digestive tract) and prostaglandin E2.

Cumin and caraway seeds have estrogenic properties. Japanese scientists have shown that cumin seeds may inhibit or slow the loss of bone density.

One study showed that a supplementation of cumin and caraway prevents the occurrence of colon cancer in rats. Monoterpenes such as anethofuran, carvone and limonene in white cumin and caraway act against cancer.

Numerous studies have associated the anticancer effect of cumin and caraway with their apoptotic action (physiological process by which abnormal cells are removed) and their antimutagenic (reduction of the frequency of genetic mutations) and antiproliferative properties.

In a recent study, it was found that cumin has immunomodulateur properties, i.e., it can modify immune responses. The administration of cumin is capable of stimulating the expression of T cells (CD4 and CD8) and Th1 cytokine in immunosuppressed mice, thereby strengthening their immune system.

Cumin lowers elevated corticosterone levels, the size of the adrenal glands, and increases the weight of thymus and spleen.

Epilepsy is a neurological disease of the central nervous system (CNS). The antiepileptic activity of the essential oil of cumin was studied. The essential oil of Cuminum cyminum would act on calcium channels (Ca +2) and potassium (K +) which would explain its ability to reduce the frequency of seizures, specifically paroxysmal spike-wave discharges induced by pentylenetetrazol.

Use of Cumin in Traditional Medicine – BENEFITS Of CUMIN

Here is a list of therapeutic benefits attributed to cumin and caraway (caraway) according to how it is used in various countries.

In Iran, cumin is used in alternative medicine as a stimulant, carminative and astringent. Cumin seeds are used to treat epilepsy, gastrointestinal problems (diarrhea), toothaches, respiratory disorders. It is even used in gynecology.

In Morocco, cumin is mostly used in traditional medicine to treat hypertension (diuretic) and diabetes.

In Tunisia, cumin is considered an abortive plant and galactagogue. It is also used for its antiseptic and anti-hypertensive properties.

In Italy, cumin is considered a purgative and carminative to help expel intestinal gas.

In Poland, caraway is recommended as a cure for indigestion, flatulence, loss of appetite and as a galactagogue.

In many Arab countries, cumin seeds are used externally as a poultice (crushed and mixed with honey, butter and salt) to ease the pain of scorpion stings.

In Indonesia, cumin is used in the treatment of eczema with inflammatory symptoms.

In Russia, cumin is used to treat pneumonia.