Benefits of Coffee - Effects on the Body and Memory 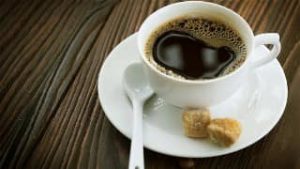 Are you a lover or a fan of coffee ? In this case, you are certainly interested in the latest scientific findings on the beneficial effects of coffee.

Coffee is often wrongly accused of being a bad drink for health (read 3 articles on cancer, heart and diabetes).

It is true that excessive coffee consumption can promote certain health problems in some people.

In this case, we speak of caffeinism and it is associated with the following symptoms: insomnia, irritability, anxiety and palpitations. However, many benefits associated with regular coffee consumption have been formally and scientifically established.

In recent decades, some 19,000 studies have been done in the world in order to observe the impact of coffee on the health of consumers.

Benefits of Coffee in The Body

Let us briefly summarize the main recognized virtues of coffee. They are twelve of them:

The cafe also has an analgesic effect, acting on adenosine receptors. In addition, coffee enhances the therapeutic effect of analgesics (aspirin, paracetamol, etc.) in people who use it to relieve headaches.

One study found that the risk of cerebrovascular accident (CVA) was reduced by 30 % among participants taking a cup of coffee per day.

• Bronchi: The effect of caffeine as a bronchodilator helps to reduce asthma symptoms (approximately 30%) among regular coffee drinkers.

• Brain : Thanks to the action of its antioxidants, coffee has protective effects against neurodegenerative diseases such as Parkinson’s disease, Alzheimer’s disease or multiple sclerosis . According to a study by Inserm in 2007 and conducted on 4,197 women, regular coffee consumption reduces the risk of cognitive decline by 30%.

• Liver: Another benefit of authentic coffee concerns its protective effect on the liver. Coffee decreases the risk of cirrhosis by 40 %( study in California: Archives of Internal Medicine)

• Pancreas: One or more enclosed natural antioxidants in coffee (it could be Chlorogenic acid) improves the sensitivity of cells to insulin and reduces the risk of developing type 2 diabetes (fatty or non-insulin diabetes). Moreover, cholinergic acid in the coffee may acts to oppose glucose transport.

• Central Nervous System: The consumption of coffee (without abuse) improves mental performance and the ability to concentrate.

• Tissues and cellular mechanisms: A study published in 2003 suggests that regular coffee drinkers have less risk of mouth, pharynx, and esophageal cancer than non-consumers. Other studies have found that coffee reduces by the risk of colon cancer by 25% .

• Gallbladder: Regular consumption of coffee after a meal promotes digestion of fats due to its beneficial effect on the gallbladder. Coffee indeed stimulates the secretion of bile. Coffee helps to reduce the risk of gallstones by 20 to 30 %.

• Bladder: The caffeine in coffee has a diuretic effect and improves urinary volume without changing the urinary peak flow.

Benefits of Coffee on The Memory

A study conducted on 1,600 people over 80 years living in California has shown that people who consumed coffee regularly all throughout their lives have a lower risk of memory problems associated with aging.

Scientists at the University of South Florida are convinced that all beverages containing caffeine (and coffee in particular) have positive effects on our brain functions. They say that morning coffee is essential to the preservation of a good memory.

Under the supervision of Dr. Gary Arendash, a study was conducted on 55 mice with memory loss and similar to those of Alzheimer’s disease symptoms in humans. One group of mice received a regular dose of caffeine equivalent to 500 milligrams of pure caffeine in its drinking water while the other group drank only pure water. In two months, tests have shown that learning and memory was improved in the mice who were treated with caffeine.

We have previously mentioned 12 prinicipal benefits of coffee on the body. Let’s add an additional benefit: Coffee would be a natural remedy to prevent the loss of memory.