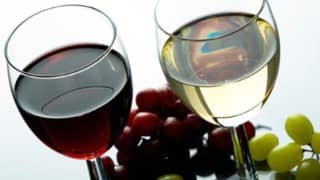 Is wine never missing on your table ? If that is the case, it shows that you love to marry your favorite dishes with a wine capable of enhancing their flavors. It’s all in your honor !

We will answer the following four questions: What is meant by the expression « French paradox » ? What are the known benefits of a daily and moderate consumption of wine ? What difference is there between white and red wine in the benefits they have on the human body ? How much wine should we drink every day to stay healthy ?

The French generally have eating habits described by nutritionists as ‘unhealthy’.

Indeed, many French (especially those who live in the south-west of France) consume high quantities of fat, considered harmful to health.

Medicine has shown that an excessive intake of lipids contributes to the increase of blood cholesterol and contributes to coronary artery diseases such as myocardial infarction.

It is a strange and paradoxical fact that the French still suffer less heart disease than other populations much more strict in terms of food hygiene. Strange strange… Did you say ‘ strange ‘ ?

This contradiction was designated in 1992 under the expression ‘French paradox ‘. According to Professor Serge Reynaud, this paradox is due to the regular consumption of wine. The wine would oppose somehow the destructive effects of high levels of fat in the blood.

Some people wrongly think that only red wine has important medicinal properties. In fact, whether white or red, a natural wine consumed regularly and in moderation is a benefactor to health.

Many studies suggest that regular and moderate consumption of wine reduces cardiovascular disease by 50% and cancers by 24%. Wine is also an excellent remedy to relieve other stress related illnesses.

An abnormally high level of cholesterol in the bloodstream forces this to adhere to the artery walls, particularly the arteries of the heart. With time, that which is called atherosclerotic plaques narrow the arteries leading to the heart. The heart gets tired faster from a lack of oxygen. Clots can form blocking an artery. A heart attack can then occur.

Alcohol also has an anticoagulant action (reducing platelet aggregation). Some components of red wine have anti-inflammatory action and contribute to dilating vessels. But binge drinking instead favors the formation of atherosclerotic plaques.

Benefits of Antioxidants enclosed in wine

The wine contains three substances: resveratrol, quercetin and epicatechin, which have an oxidizing power 5 times greater than vitamin E (a benchmark of oxidizing food).

The superiority of the wine grape juice is related to the fermentation process that strengthens the oxidizing power of the final product. Furthermore, alcohol contributes to a better absorption of antioxidant molecules in the human body.

Antioxidants prevent bad cholesterol from being deposited in the artery wall. They also reduce the damage caused by free radicals from the body (toxic waste) that are responsible for degenerative diseases such as cancer, Alzheimer’s disease, Parkinson’s disease and premature aging.

Note, however, that among the scientific community, some experts absolutely do not agree with the idea that moderate wine consumption is beneficial to health. To cite one example, in the prevention of cancers, Paule Martel, Director of Agricultural Research (INRA ) states : « Any daily wine consumption is discouraged ».

Some contradictions on the benefits of wine should not surprise us! Further studies on the effect of wine in the body should be conducted to clarify some legitimate doubts.

Red wine and white wine, which one is a better cholesterol reducer ?

Studies conducted by Dr. Frankel has revealed that red wine contains more antioxidants than white wine. In reality, the amount of antioxidants found in a red or white wine depends on many factors linked to the vineyards, the region, climate, soil, all conservation and filtration techniques.

Although red wine contains more phenol than white wine, a clinical study conducted in 1995 by two American chemists, Vinson and Hontz, of the University of Scranton, has observed in drinkers of exclusively white wine and greater reduction in LDL, or bad cholesterol, than consumers of red wine.

White wine would therefore be a better cholesterol-reducer (capable of lowering cholesterol in the blood) red wine.

How much wine is beneficial for health ?