Migraine and Magnesium - Benefits and Side Effects 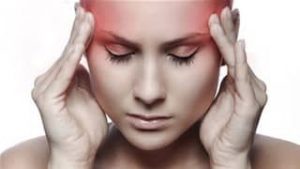 « I was recently diagnosed as suffering from migraines. My doctor advised me to start taking 400 mg daily of magnesium oxide before considering another medication.

I have 2-3 strong attacks per week. It’s been two weeks since I have been taking this natural remedy and I feel no improvement in the frequency of my migraines. »

Is magnesium really effective in reducing the frequency of migraine attacks ?

What is the recommended dosage ?

How long should one expect to wait before noticing any improvement in symptoms ? _ Francis N

The Benefits of Magnesium against Migraines – Clinical Studies

People who suffer from migraines often have lower levels of magnesium in the blood than people who do not.

Several studies suggest that magnesium may reduce the frequency of migraine attacks in people with low levels of magnesium in the blood.

A study in 1996 with the collaboration of 81 patients with migraine showed the importance of adequate levels of magnesium in the blood to prevent migraines. In fact, people who took magnesium, saw the frequency of migraine attacks decreased 41.6 % compared to 15.8 % among those who had been given a placebo (a  » fake drug  » without therapeutic activity).

This report clearly indicates that the reduction in the frequency of migraine is not the result of a psychological phenomenon. The treatment consisted of taking 600 mg of Mg (magnesium) daily for 12 weeks. From the ninth week, the prescribed magnesium had already brought relief.

According to the same report, the adverse effects of magnesium prescribed at this dosage were limited to diarrhea in 18.6% of patients and irritation of the stomach in only 4.7 % of them.

Some studies also suggest that magnesium may be helpful for women whose migraines are triggered at certain times of their menstrual cycle.

Why should all Migraine Patients be Treated with Magnesium ?

Magnesium, the second cation (Mg2+) most abundant in cells is essential in many intracellular processes. Magnesium deficiency appears to play an important role in the pathogenesis of migraine.

In fact, a lack of magnesium can encourage cortical invasive depression and platelet hyper-aggregation. It can also affect the function of serotonin receptors as well as the synthesis and release of various other neurotransmitters. See article: Causes of magnesium deficiency

The routine blood tests do not give an accurate picture of the amount of magnesium stored in the human body. Only 2 % is found in the bloodstream (measurable extracellular space), while 67 % of magnesium is found in bone and 31 % in cells.

Side Effects and Warnings against Magnesium

Side effects of medicinally taking magnesium may include low blood pressure, diarrhea and abdominal pain.

Magnesium can react with certain medications such as thiazide diuretics, bisphosphonates used against osteoporosis, digoxin used to treat heart failure, certain antibiotics (tetracycline, nitrofurantoin … ), some muscle relaxants and yet other drugs. Consult your doctor before taking a magnesium supplement.

The Migraine And Headache Program!

You can have the same program that I got. It’s tried, it’s tested. And it’s easy.

I didn’t need to go out and buy any equipment.

I didn’t need to join a gym – thank goodness.

I just stayed at home and did the exercises at odd moments during the day.

A couple I did while watching television.

Life didn’t stop for these exercises. I just incorporated them into my daily routine.

Now, I do one or two a day at most. I vary them throughout the week.

By maintaining that basic flexibility and balance I know I’m protecting myself for the rest of my life.

I really couldn’t be happier.

Yours is waiting – click below and get it now.

➤ The Migraine And Headache Program!