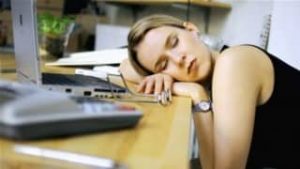 A good night’s sleep is essential for health. If insomnia destroys our lives, sleeping too much can also cause health problems and increase the risk of premature death.

It is estimated that around 5% of people are hypersomniacs ,with a higher prevalence among males than females.

What are the causes, symptoms, consequences and treatment of hypersomnia ?

We give practical advice to address this sleeping disorder and discuss homeopathic therapies and other remedies.

How Long Should We Sleep For ?

The amount of sleep you need varies significantly over the course of your life. It depends on our age, our physical and mental activity, our health and our lifestyle. For example, during periods of stress or illness, it is normal to feel the need to extend sleep, to sleep more.

But although sleep needs vary from person to person, experts recommend that adults sleep between seven and nine hours each night.

What is hypersomnia ? This is a sleep disorder that is characterized by an excess of nocturnal sleep and daytime sleepiness (difficulty staying awake during the day) which is usually not relieved by a nap. The hypersomniac patient feels tired all the time.

We speak of primary hypersomnia or idiopathic hypersomnia, when we ignores its origin and cause. It often begins in adolescence.

Recurrent hypersomnia is characterized by episodic and regular events such as in the case of Kleine-Levin syndrome, periodic menstrual of hypersomnia, manic-depression, the sleeping sickness (tsetse fly) and some brain tumors.

The main symptom of hypersomnia is excessive daytime sleepiness (EDS) or prolonged nighttime sleep, occuring for at least 3 months before diagnosis.

Hypersomniac patients often have difficulty waking from a long, heavy, and deep sleep (sleep drunkenness) and may feel disoriented upon waking.

The Causes of Hypersomnia – Why Do People Sleep Too Much ?

Why does someone sleep too much ? There are many possible causes of hypersomnia. We will quote the main sources of secondary hypersomnia :

> Other causes: addiction, alcoholism, obesity and a genetic predisposition to hypersomnia.

Main Consequences of Hypersomnia on Health

Sleeping too much leading to negative effects on overall health. We will include 7 pathological consequences of hypersomnia.

> Diabetes. Studies have shown that sleeping too long or not enough each night can increase the risk of diabetes.

> Obesity. Sleeping too much or too little can affect the metabolism and be responsible for overweight weight. A recent study showed that people who slept nine or 10 hours a night were 21% more likely to become obese over a period of six years that people who sleep between seven and eight hours.

> Headaches. For some people prone to headaches or migraines, sleeping more than usual during the weekend or during the holidays can cause headaches. Researchers believe this is due to hypersomnia, which alters the balance of certain neurotransmitters such as serotonin in the brain. People who sleep too much during the day and disrupt their nighttime sleep may also suffer from headaches in the morning.

> Back pain. There was a time when doctors told people suffering from back pain to stay in bed. But those days are long gone. Doctors are now realizing the health benefits of maintaining a certain level of activity, and they recommend not sleeping more than usual, whenever possible.

> Depression. Although depression is linked more to insomnia than to hypersomnia, about 15% of people with depression sleep too much. There is a vicious circle: hypersomnia may in turn aggravate depression. In the case of depression, regular sleep habits are important for the recovery process.

> Increase in mortality rates. Several studies have shown that people who sleep more than nine hours per night have a significantly higher mortality rate than those who sleep seven to eight hours per night. No specific reason for this correlation has been established. But researchers have found that depression and low socioeconomic status are often associated with a longer sleep, which may explain the increased mortality seen in people who sleep excessively.

The treatment of hypersomnia consists first of all, of having a better sleep hygiene. Treatment should be differentiated according to the etiology (research for causes) of sleep disorders.

If you sleep more than an on average of seven to eight hours per night, see a doctor for a checkup. The doctor can help you determine why you oversleep.

If your hypersomnia is caused by alcohol or certain prescription drugs, the reduction or elimination of these substances can help regulate sleeping time. Never stop a prescribed drug without the permission of your doctor.

Similarly, if your hypersomnia is caused by an underlying medical condition, the treatment of this disorder can help you regain your good sleep habits.

Whatever the cause of your oversleeping, a good sleep hygiene will help you to improve your overall health. Experts that recommend you go to bed and wake up at the same time every day.

The fact that regular physical activity and make your room a comfortable environment that is conducive to sleep, help you sleep enough but not too much.

Depending on the origins of hypersomnia, stimulant drugs , depressants or stimulants SNS antidepressants are prescribed :

> Depressants of the central nervous system, such as sodium oxybate ( Xyrem ®) is used in the treatment of narcolepsy in adult patients with cataplexy (muscle weakness or stiffness) .

► Antidepressant stimulants such as fluoxetine (Prozac ®) or venlafaxine (Effexor ®) are prescribed in the treatment of medication for depression and help to improve the mood.

Consult a homeopath. To illustrate the effectiveness of homeopathy to treat the cause of hypersomnia, I invite you to discover the following 3 remedies:

> Ignatia Amara is a homeopathic remedy that can be used to treat depression caused by emotional shock accompanied by sighing, a possible cause of hypersomnia.

> Kali Phos is a homeopathic medicine that is able to treat lazy children and students who are unable to concentrate due to mental fatigue or stress and the presence of adult depressive disorders memory.

Dosage : 3 pellets Kali Phos 9 CH three times a day. The antidepressant effects of Kali Phos help to improve the mood of melancholy people and reduce the pervasive sadness of those who have lost the joy of living for various reasons.

Sepia officinalis is prescribed for women with an imbalance veering toward depression. The depressive phase usually occurs after menstruation or rule. Big sleepers who suffer from this type of menstrual symptoms can find relief with this natural remedy. Talk to your homeopath who will make a precise diagnosis and establish a long term treatment.

Acupuncture is another therapy that can treat hypersomnia. Here is a testimony that confirms this: « I suffer from narcolepsy without cataplexy with paroxysmal daytime sleepiness. Acupuncture sessions have relieved some of the symptoms associated with hypersomnia, such as headaches disappeared ,On the other hand, in my case , fatigue persisted but thanks to Modiodal and Olmifon, I can maintain a nearly normal working life. » Franck G