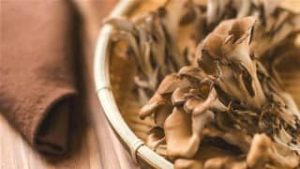 Uterine fibroids, also known as uterine leiomyomas or fibroids, are abnormal growths that develop in or on a woman’s uterus. It is estimated that 70-80% of women will develop fibroids in their lifetime.

If you was diagnosed with uterine fibroids, you may prefere to heal them the holistic way instead of surgery or drugs. How to treat fibroids naturally and avoid surgery?

Discover 10 herbal remedies backed by science that are able to shrink fibroids in some cases.

According to a study published in the International Journal of Women’s Health, epigallocatechin-gallate (EGCG) found in green tea has been shown to significantly shrink uterine fibroids and improve symptoms.

A team of researchers studied the effects of EGCG on 39 women aged 18 to 50 years who had uterine fibroids. All these women had at least one fibroid of two centimeters in size, as confirmed by ultrasound.

At the end of 4 months of Green Tea Extract treatment, the mean total fibroid volume dramatically decreased by an average of 32.6%. In addition, uterine fibroids symptoms decreased by 32.4%.

What is KBG? The KBG is a traditional Chinese herbal remedy containing these five components : bark of Cinnamomum, root of Paeonia lactiflora, seed of Prunus persica, carpophores of Poria and root bark of Paeonia suffruticosa.

In the clinical trial, the therapeutic action of KBG has been evaluated in 110 premenopausal patients with uterine fibroids.

The clinical symptoms of menorrhagia (heavy menstrual bleeding) and dysmenorrhea (painful periods) were improved in more than 90% of the cases, with shrinking of fibroids in about 60% of the cases.

Resveratrol is a plant compound that acts like an antioxidant. Resveratrol is found in peanuts, cocoa, grapes, and blackberries. Studies have shown that food rich in such phytochemicals can prevent or even treat fibroids.

According to preliminary findings of scientific research, resveratrol is able to curb uterine fibroid cell growth.

Some patients with fibroids decide to try resveratrol in supplement form. Always discuss your use of supplements with your doctor.

Curcumin is the main active ingredient in turmeric. This yellow spice has powerful anti-inflammatory effects and is a very strong antioxidant.

The researchers enrolled 108 patients with “small burden” uterine fibroids. A total of 53 participants received 50,000 IU of vitamin D weekly for eight weeks, followed by a maintenance dose of 2,000 IU daily for a year.

After 12 months, the study found that patients with uterine fibroids who had vitamin D deficiency saw their fibroids shrink after receiving vitamin D supplementation.

In a clinical study, half of the 244 patients with menopausal symptoms were treated daily with 40 mg black cohosh extract.

According to the findings of this study published in 2007, the medicinal use of black cohosh (isopropanolic black cohosh) is an effective treatment option for patients with uterine fibroids, because it provides significant relief from menopausal symptoms and avoids the increase in growth of the fibroid fibroids.

Maitake is is an edible polypore mushroom occurring widely in Japan. Like other medicinal mushrooms, maitake has a strong anti-tumor activity.

This means that it promotes a healthy environment and fights the development of abnormal tissue. Maitake stimulates the body’s immune response against cancerous and benign tumors growth such as fibroids and cysts.

Used regularly, maitake can even help to shrink the size of fibroids.

The bark of the Kanchnar tree (Bauhinia variegata) is one of the most effective natural remedies used in Ayurvedic medicine to treat uterine fibroids.

According to research, Kachnar bark has significant anti-inflammatory activity.

In Ayurveda, there is a formulation called Kanchnar Guggulu, recommended for uterine fibroids. This Herbal supplement helps to shrink fibroids.

Boil over medium heat, 10 to 15 grams of bark powder of kanchanar in 2/3 cup of water. Take it twice a day. Before trying this home remedy, please consult an Ayurvedic practitioner as each patient may be different.

Dandelion root is used as a traditional medicinal herb to detoxify blood and keep hormones in balance.

A dandelion root tea can be easily prepared at home using 3 teaspoons of dandelion roots in a cup and a half of hot water. You have to simmer the root in a pan on the stove in water for about 15 minutes, then filter. Drink 3 cups of tea each day.

Don’t use vitex agnus-castus or chasteberry if you are pregnant or breast-feeding.

Always be guided by a specialist before using naturopathy for any serious or chronic illness.