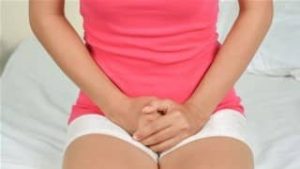 « Hello, I have a big concern because last week I got my period (quite normal, I might add) and today I had blood stains in my underwear.

This is the first time this has happened!

I wonder if vaginal bleeding between periods can occur sometimes for no apparent reason or if it is a sign of something more serious.

Should I consult a gynecologist or do you know a herbal remedy to prevent or cure it ?

Thank you if you can give me some useful information on this subject. » _ Sarah.R

In medical terminology, vaginal hemorrhage or bleeding outside the menstrual period are called metrorrhagia (from the Greek: Metro = matrix, uterus and Rhage = a flow, gush).

Bleeding outside the menstrual period is certainly a worrying and stressful symptom, which may appear at any time during the life of a woman of childbearing age.

In some cases, abnormal bleeding can be quite harmless, but also bear in mind that in other cases, bleeding outside the menstrual period may be a sign of a serious condition.

Discover what are the most common causes of bleeding between periods, and what you should do in this situation causes.

What are Normal Periods ?

The normal periods consist of a flow of blood from the uterus, which marks the end of a menstrual cycle. They last about three to six days, and although it may seem more, the amount of blood lost during your period is only two to six tablespoons (30 to 80ml). Normal menstruation occurs on average every 28 days, give or take 7 days.

15 Common Causes of Bleeding Between Periods

Functional uterine bleeding (FUB) occur most frequently between periods when the body has a hormonal imbalance or endocrine disruption.

For example, a deficiency in the secretion of progesterone (luteal insufficiency) may be responsible for poor development of the endometrium (lining of the uterus) in the second part of the cycle. The endometrium exfoliates (sheds its outer layer) and causes a loss of blood.

If bleeding occurs before menstruation, it may be due to luteal insufficiency while, bleeding after the periods may be the result of estrogen deficiency.

Some women have blood spotting between the periods at the time of ovulation (around day 14), when one of the ovaries releases an egg. This is usually a ‘spotting’, that is to say a little bleeding, which can be pinkish or brownish, often accompanied by mucus loss (like raw egg white). Cervical mucus is, in effect, abundant at the time of ovulation.

If this is true in your case, know that it is nothing serious. This is a normal phenomenon that happens in about 5 % of women. Progestin therapy or the pill can eliminate these mid-cycle bleeding.

In the case of women who take oral contraceptives, it happens that some pills cause bleeding between periods due to hormonal deficiency. Go and see your doctor, he will definitely prescribe you another pill, dosed differently in hormones.

This is for example true of the mini-pill (containing only progesterone, also known as the progestin-only birth control pill) which, in some women, gradually thins and weakens the endometrium (lining of the uterus). Statistics have revealed that minipills cause bleeding between periods in 70 % of cases.

On the other hand, forgetting to take a pill for more than 24 hours may cause slight metrorrhagia, without serious consequences. However, this omission obviously increases the risk of unwanted pregnancy.

An ovarian dysfunction can cause bleeding. Several years before menopause, the ovaries may start functioning improperly, causing a thickening of the endometrium, and sometimes, the expulsion of fragments coupled with bleeding outside periods.

In very young menstruating girls, aged 10-13 years, a poor ovulation causing an imbalance of the sex hormones estrogen and progesterone can cause metrorrhagia..

Emotional stress and psychological disturbance may have an impact on the functioning of the pituitary and hypothalamus glands, which play a major role in the menstrual cycle. Stress can thus indirectly disrupt hormonal balance and induce bleeding between periods. Taking a Gatillier (chasteberry) berry extract helps to reduce anxiety, stress and regulate the menstrual cycle.

Cumin turns out to be a simple and natural remedy to treat painful spasms of the digestive tract. Stimulation of beta-adrenergic receptors involves not only the lungs but also vessels (hypotensive action) and the uterus.

An early spontaneous abortion, ectopic pregnancy and other complications occurring during pregnancy can cause abnormal bleeding. In the case of blood loss during pregnancy, it is imperative to consult the doctor or gynecologist. Miscarriage is recognized by an abundant bleeding similar to that of menstruation.

Blood coagulation disorders (von Willebrand disease, factor XI deficiency, Glanzmann, Soulier disease, etc.) may be responsible for bleeding between periods . Some medications trigger bleeding (aspirin and anticoagulants). If in doubt, your doctor will perform a blood test to make an accurate diagnosis.

8) A Foreign Body in The Vagina

Damage to the hymen after one’s first intercourse can also lead to a normal vaginal bleeding.

Another type of local trauma: some falls, onto a hard object (the bar of a bike for example) can cause heavy bleeding.

10) Infection of the Cervix and Endometrium

Endometritis is an infection (often bacterial with chlamydia) of the inner layer of the uterus that may be responsible for a foul, yellowish genital discharge.

The bleeding between periods may arise from polyps, benign tumors that are located on the cervix. Tests such as hysterosalpingography, ultrasound or hysteroscopy can help them out.

Fibroids are benign tumors in the lining of the uterus (myometrium), which can cause irregular bleeding. Uterine fibroids are often associated with menorrhagia (abnormally heavy or long periods) or metrorrhagia (bleeding during and outside of menstruation).

13) Cancers of the Cervix, Uterus or Vagina:

Endometrium cancer or vagina cancer are often responsible for metrorrhagia.

15) Bleeding of a Different Origin

A hemorrhage from the rectum or urethra (urinary tract) obviously has nothing to do with metrorrhagia, but requires a consultation.

Vaginal Bleeding – What Should One Do ?

If you experience bleeding between periods, a pelvic examination is required! Why? And what if it was nothing? It is quite possible that this is not serious at all. However, only a doctor is qualified to tell whether the bleeding is caused by pregnancy or not.

Now, even if you have good reasons to believe that the bleeding is due to a non-pregnancy related cause that you can identify and manage alone, nothing still prevents you from consulting your doctor.

Vaginal Bleeding Between Periods : Some Tips

Bed rest may be recommended in the case of major bleeding between periods.

Unless your doctor has prescribed it, do not take aspirin during menstruation or abnormal bleeding. Aspirin can cause increased bleeding, and that for a longer period of time.

If you moisten more than one sanitary napkin per hour for more than two or three hours, go to the emergency !